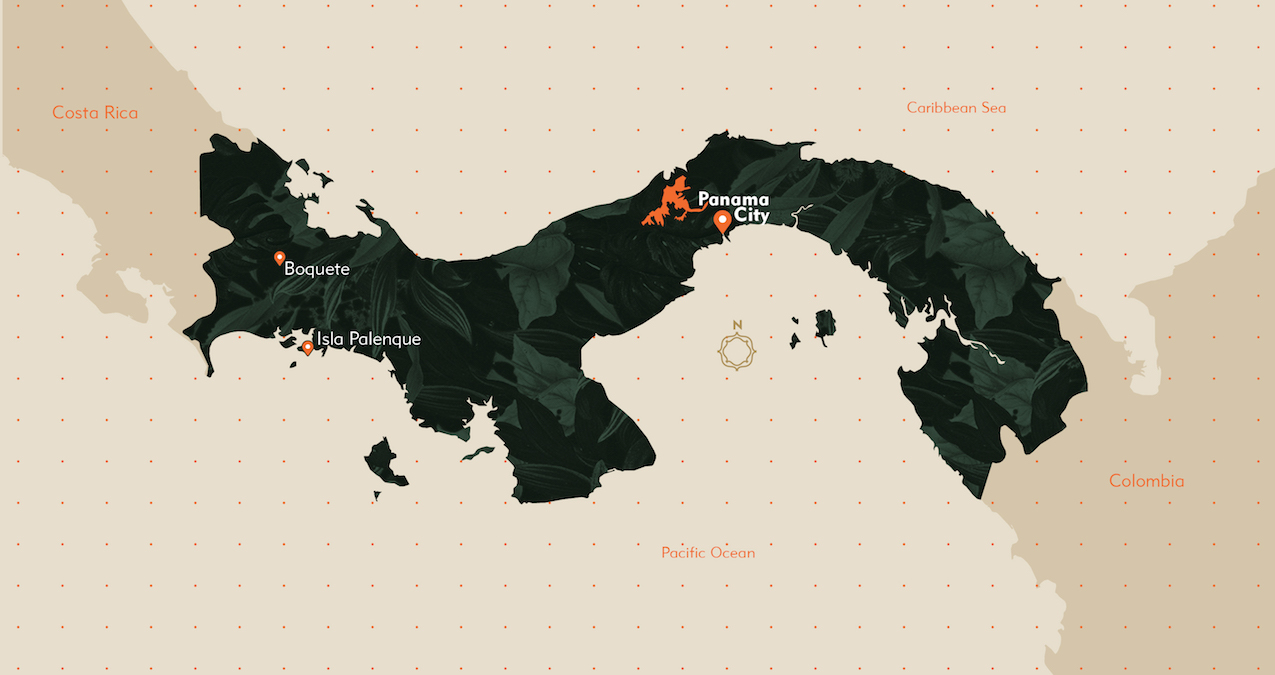 SO MUCH MORE THAN THE CANAL

This emerging destination offers something for almost everyone. With even just a week, you can combine a vibrant city, tropical rainforests, and stunning beaches – and all without the crowds of more established hotspots in Latin America. So it’s no wonder it was #4 on the New York Times list of 52 Places to Go in 2019 and Vogue magazine deemed it “The Place To Go in 2019.”

Several million years ago, the isthmus of Panama rose from the sea, linking two continents with a narrow stretch of land full of beautiful landscapes and lush tropical forests that today host more species of birds and trees than all of North America.

This fertile land welcomes visitors with a vast array of nature and adventure activities including rainforest hikes, bird watching, island hopping by catamaran, diving, snorkeling, ziplining and so much more.

Many these options lie within a 2-hour drive of Panama City (or less!), but why stop there? Hop a one-hour domestic flight and you can cool off in the cloud forest of Boquete over 5,000 above sea level; enjoy a luxurious private island eco-resort off the Chiriquí’s Pacific Coast; or spending a few days on your private catamaran enjoying the gorgeous and remote San Blas island in the Caribbean. There are many options, and we’ll help you find the right one.

The natural riches and location of Panama led to it becoming a crossroads of civilizations and cultures. Indigenous civilizations were present for millennia before the Spanish arrived in the early 16th century, and the original 7 tribes still exist and have preserved their traditions in areas throughout the country.

Spanish explorer Balboa’s completion of the arduous land crossing from the Atlantic to the Pacific in 1513 turned it into a key hub for transporting the Spanish Empire’s gold and silver back from South America. This commerce brought with it enslaved Africans, some of whom managed to free themselves and establish remote communes along the Caribbean coast – their Congo cultural legacy remains alive and strong to this day in Portobelo, which you can visit in a little more than an hour’s drive from Panama City.

The construction of the Panama Canal in the early 20th century brought a wave of migration, adding to the cultural mix you find today. There are considerable Chinese and Indian populations who originally came to work on the canal construction, along with people of African descent from elsewhere in the Caribbean. Panama also has a thriving Jewish community with a number of synagogues.

All of these influences combined to create the modern Panama that awaits you. Whether exploring Panama City’s historic Casco Viejo or sea of skyscrapers; visiting remote Emberá tribes; scouting pre-Colombian pottery on jungle hikes; seeing Congo art in Portobelo; tasting world-class coffee in Boquete; or any number of other activities, you’ll find a diverse and tolerant society of which locals are quite proud.

By now you realize that a lot has happened in Panama over the last 500 years. It’s been a gateway for the world ever since, and the U.S. connection began before the canal existed. Gold rush treasure seekers from the East Coast opened to travel by train across Panama to reach San Francisco, as crossing the isthmus was considered the safest and quickest option.

No matter where you go, your guides will engage, entertain and enthrall you with tales of Panama’s colorful past and vibrant present.

In addition to the many natural and cultural draws of Panama, it is an incredibly accessible and convenient option for American travelers. Major U.S. carriers as well as the rapidly expanding national airline Copa all fly nonstop from most major U.S. cities, and there is no visa required. Finally, no need to worry about changing money – although the official currency is the balboa, the U.S. dollar is accepted everywhere.

Get in touch with us with us today to start planning!